When Elisha was in his last illness, King Jehoash of Israel visited him and wept over him. “My father! My father! I see the chariots and charioteers of Israel!” he cried. Elisha told him, “Get a bow and some arrows.” And the king did as he was told.  Elisha told him, “Put your hand on the bow,” and Elisha laid his own hands on the king’s hands. Then he commanded, “Open that eastern window,” and he opened it. Then he said, “Shoot!” So he shot an arrow. Elisha proclaimed, “This is the Lord’s arrow, an arrow of victory over Syria, for you will completely conquer the Syrians at Aphek.” Then he said, “Now pick up the other arrows and strike them against the ground.” So the king picked them up and struck the ground three times. But the man of God was angry with him. “You should have struck the ground five or six times!” he exclaimed. “Then you would have beaten Syria until it was entirely destroyed. Now you will be victorious only three times.”
2 Kings 13: 14 - 19

Beauty In The Storm
Good Enough What on Earth is Happening?

What on Earth is Happening? 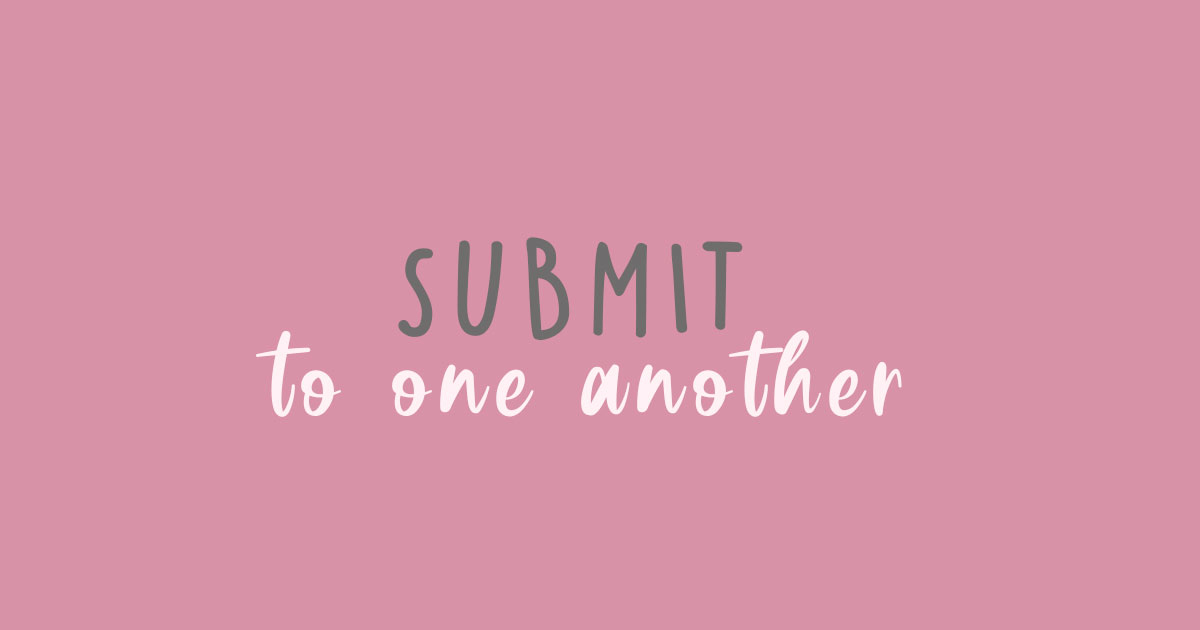 Submit to one another

Submit to one another